The overall goal of the project was to make an improvement to the front 9 holes of The Island Golf Club, focusing on the 3rd, 4th, 5th, 6th, 8th and 9th holes. This included:

Extension of fairway back towards the tees.
Addition of two fairway bunkers.

Enlargement of teeing areas and construction of pathway to the tees.
Creation of two bare sand areas and formation of grass pathway.
Reshaping of left-hand green surround and formation of dunes between the green and tees of hole 5a.

Enlargement of forward tee.
Fairway widening and reshaping of fairway and rough areas.
Reconstruction of green and greenside bunker on the site of the old Short Game Green.

Construction of back tee and associated grass pathway.

Movement of the tees onto a newly formed dune
Creation of a bare sand area in the carry
Reshaping of second half of the fairway and rough areas.
Construction of a new green and greenside bunker with new dunes behind.

Construction of a new hole including new tees, a bare sand area, fairway and rough shaping, a rough edged fairway bunker and a green and greenside bunker.

The project at The Island was one of the most enjoyable we have been involved with. For a start, the landscape and views of the course enjoys are incredible. It really is a special place to play golf. The other reason that the project was so fulfilling was that there was so much scope for improving what was already a well regarded course.

The front nine, in particular, offered great opportunities to make more use of the tremendous dune structures and to raise the standard of its layout with some new holes. Producing the design is one aspect of a project such as this but the implementation is the key to realising the maximum potential of the plans. That is where DAR were invaluable in their approach, shaping skills and attention to detail.

For on site work, we believe in the use of a mixture of accurate plans and directions in the field, as well as relying on the talents of the construction team. That could not have worked better at The Island. The detailed plans were followed extremely accurately by DAR for the greens and green surrounds and the artistry of their shaping team came to the fore for the overall landscape of the working area.

That has produced a final product which looks as natural as the original dune forms themselves both throughout the rippling fairways and for the rough covered dunes as well. Those new dunes were covered with large slabs so carefully lifted and replaced that the ecologist advising on the project described it as the best he had seen and that has led to them looking as though they are entirely natural. It is true to say that the success of the project is as much down to the great work of DAR as it was to the design we provided. 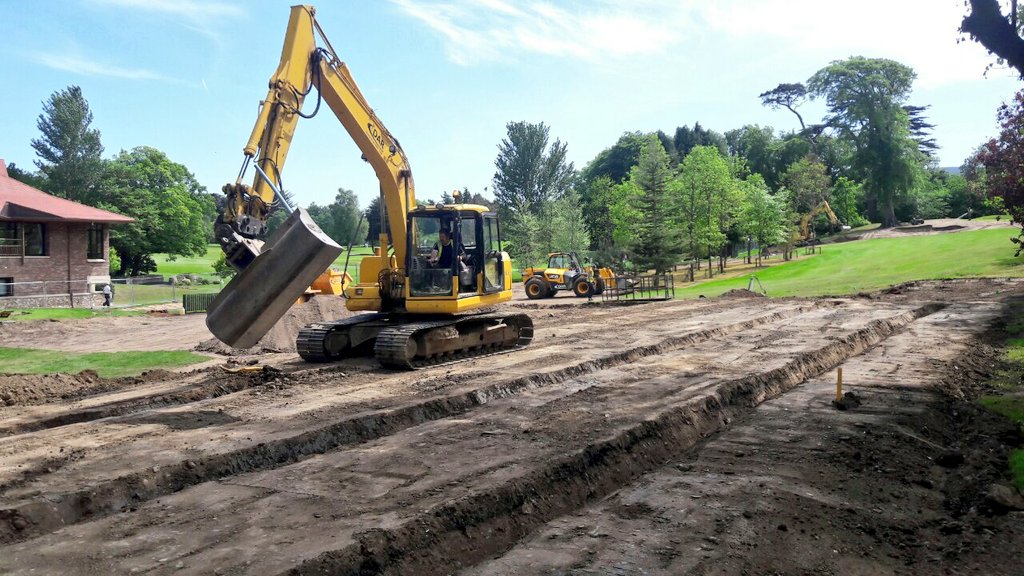 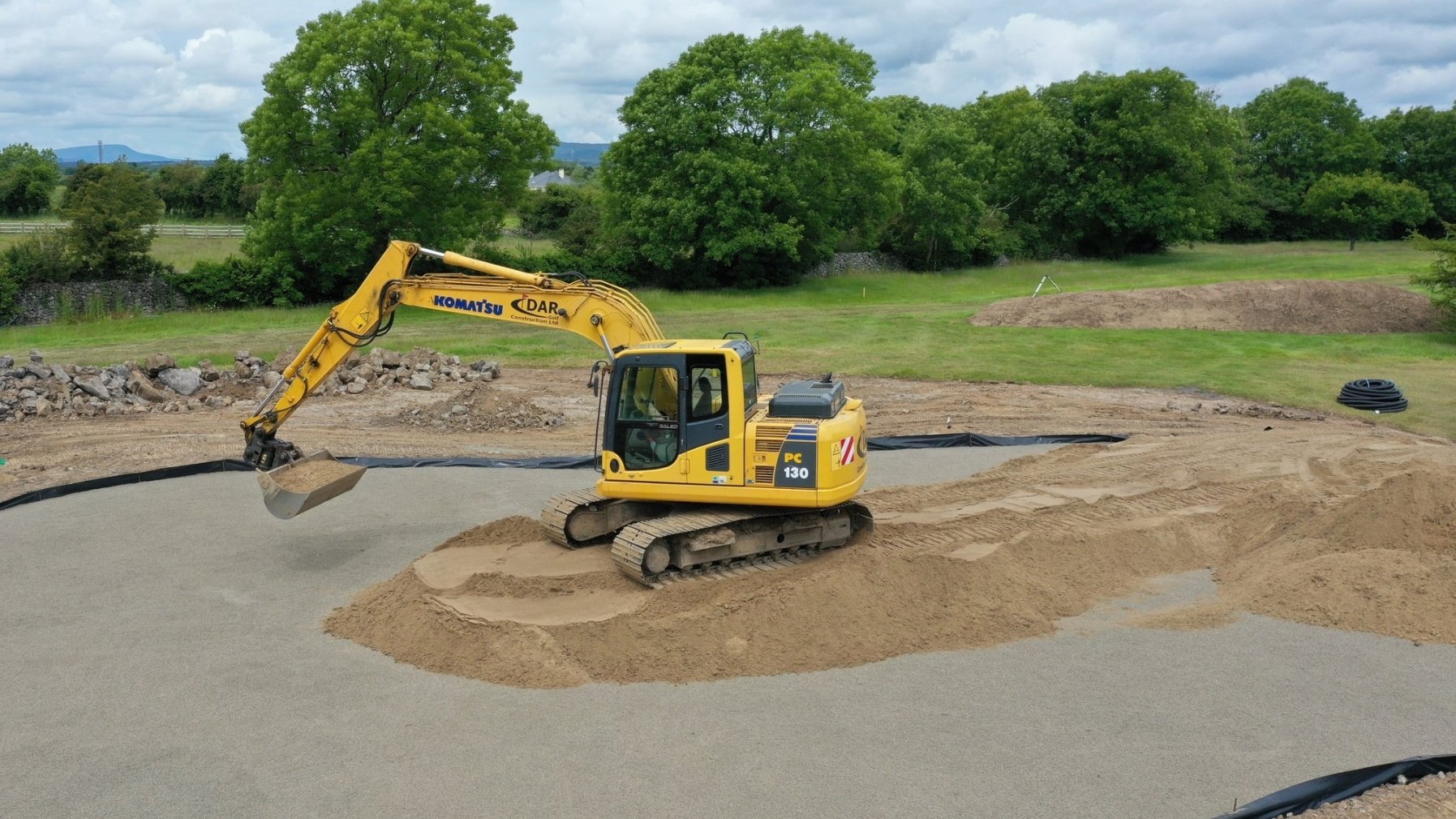